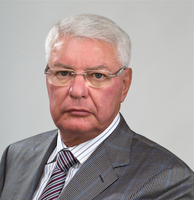 A/Professor Bester is still active as an Honorary IR and in an advisory capacity at St. Vincent’s Public Hospital and Royal Prince Alfred Hospital.

His previously held positions include:

Author of 36 publications in peer reviewed journals on Interventional Oncology, including a M.Med. Thesis on Radiographic Contrast Medium Reactions.

A/Professor Bester is a fellow of the Royal Australian and New Zealand College of Radiologists and have served on the CPD Committee 2015/2016, branch chair for NSW and the Faculty Council of Radiology 2014 to 2016.

Currently a member of the Priciples and Rules Committee for Medicare review.

Past Vice Chancellor of the Australian College of Phlebology, which bestowed its Award of Excellence on him in 2007